The Dutch have a vibrant, diverse economy. Oil, Electronics, Banking, Tourism, Pharmaceuticals, Tulips, Dairy farming and Agriculture are the big industries in Holland. Many of the biggest companies are partially owned by the royal family including Royal Dutch Shell, KLM, and the biggest banks. Unemployment in recent years has been so low it’s staggering, about 2%. The Dutch are desperate for skilled workers especially in high tech fields. Other large Dutch companies include Phillips Electronics, ABN-AMRO Bank, Ahold (food). These are huge multinationals that are presently buying up businesses in other countries including the US. So you might say the… END_OF_DOCUMENT_TOKEN_TO_BE_REPLACED

Perhaps it’s just their infamous thriftiness or a rationing behavior left over from the war days, but the Dutch are not known for their generosity when it comes to food. Those sandwiches I mentioned usually have just a couple of ingredients like thinly sliced cheese and butter, and not much of either. Dutch bars serve the smallest beers in Europe, usually 6 to 8 ounces. Once I took a brief trip into Germany and went to a pub there, ordered a beer and was amazed when a nice half liter was put in front of me (it even had a… END_OF_DOCUMENT_TOKEN_TO_BE_REPLACED

Crime is an interesting social phenomena in Holland. In a society where few things are considered crimes, there are far fewer criminals. Makes sense, no? And criminals are treated very well in Holland. When someone gets arrested, they release a minimum amount of information. No name or just a partial name is issued to the public. When convicted a person can look forward to a very nice stay in one of Holland’s jails which allows every convenience including a room for sex. It’s truly a humane system and treats people like human beings, not animals.

The Dutch system of crime and punishment, that rarely makes a big deal out of petty crime (like theft), is responsible for a society amazingly free of violence. The Dutch are truly shocked when there is a violent crime or a murder. That’s because there is little reason to commit violent acts. Indeed, often the law itself is to blame in other countries where violence is committed to commit or cover up lesser crimes. The Dutch have discovered the amazing truth that if you don’t make criminals out of people for personal vices, they won’t be compelled to break more serious laws or be violent to keep their vices secret .

END_OF_DOCUMENT_TOKEN_TO_BE_REPLACED 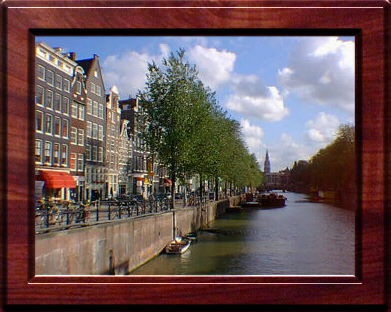 You can go anywhere in Holland, and never be far from a canal. These waterways are as beautiful as they are practical. Holland canals serve a number of very important purposes. First they were used to drain the land so homes and farms could be established where once there was water.

Second they provide a means of transport for goods from inland regions to the sea. Third they are homesteads for thousands who live on houseboats. Houseboats are very trendy and can be seen on most canals in Amsterdam. Some are available for rent, however they have become very expensive due to their popularity.

END_OF_DOCUMENT_TOKEN_TO_BE_REPLACED 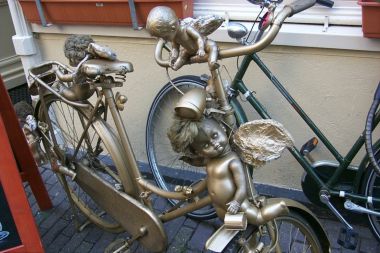 Holland is one of the flattest countries on the planet, making it ideal for bicycling. The Dutch have far more bicycles than automobiles. Everywhere you go in Holland you’ll see people getting around by bike. In Holland bikes are given a status accorded few modes of transportation. Bike paths exist next to every major road through the countryside into the center of the big cities. You can explore all of Holland by bike if you choose. For the Dutch it is not just a recreational sport, it is a primary means of transport to work, school, even the market. Bikes typically have either a basket up front, or dual panniers on the rear. These come in handy not just for school books or groceries but are often used for children, animals, plants, you name it!