Things to do in Spain

Things to do in Spain 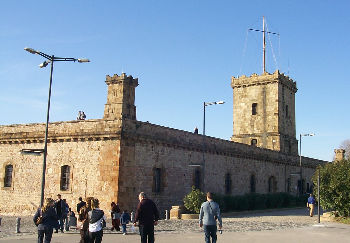 Castell de Montjuïc on the top of the hill

This large park and exhibition area lies at the foot of Barcelona occupying a big hill overlooking the harbor and city. On top of the hill is an old fort, Castell de Montjuïc, which contains a military museum, a good outdoor self-service cafe, lots of guns still facing out to sea, and some of the best views in the whole city.

END_OF_DOCUMENT_TOKEN_TO_BE_REPLACED

Posted in Things to do in Spain | Leave a comment

Antoni Gaudí designed this park around 1900, as a residential area surrounded by nature. Gaudí lived here while he worked on his many projects in Barcelona. Famed around the world, Park Güell incorporates Gaudí’s flamboyant style into a well-planned, well-used public space. Lush gardens, winding paths, fanciful buildings, open spaces, mosaic patterns, angular columns, colorful fountains all compete for your attention. The park is a photographer’s delight with so many vantage points, each yielding splendid views of the park’s attractions, and the city itself. 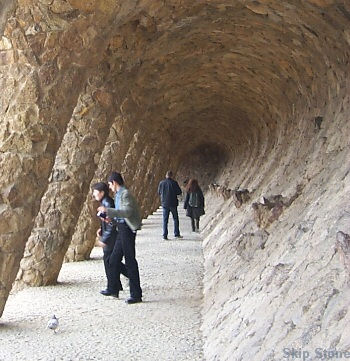 One of many unusual features in Parc Güell

The Casa Museu de Gaudí is the house where Gaudí lived while working on his many projects he did not design it, however. It’s been turned into a museum, and can be visited most days. Hand-carved ornate woodwork, purple marble, and Gaudí’s own furniture are highlights of this museum. Surprisingly, Gaudí’s own bedroom, with a small single bed, and austere furnishings are a sharp contrast to his public works. Perhaps the man did most of his dreaming elsewhere…