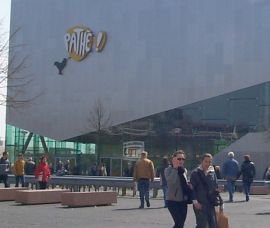 Posted in Hip Guide to Amsterdam, Things to do in Amsterdam