Cane Trains on the Coast of Queensland

Sugarcane has been cultivated for more than 2000 years by mankind. Botanically, Sugarcane is known as Saccharum officinarum, and it belongs to the family Gramineae. The grass’s two-inch thick stalk can grow as tall as 20 feet in densely packed rows. 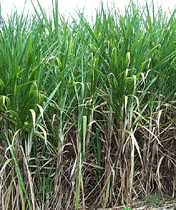 Sugarcane is comprised of six different varieties, none of which produce hearty seeds. These grasses have been propagated by root cuttings, and according to some this plant would not have survived to any extent in the wild without human intervention.

The world’s largest producers of Sugarcane are Brazil, Cuba, Kazakhstan, Mexico, India, and Australia. Australia’s Sugarcane industry exports more than 5 million tonnes of the stuff. 94% is grown in Queensland, 5% in New South Wales, and 1% in Western Australia (as of 2003). 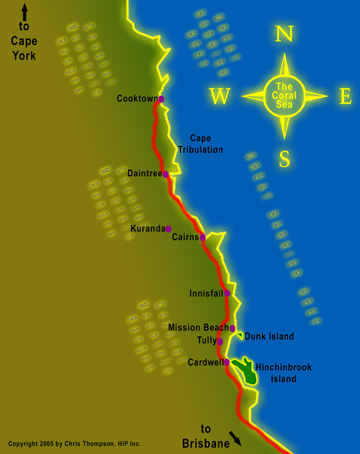 You can see Sugarcane plantations for miles and miles as your drive through the
Wet Tropics region of Far North Queensland in Australia.

Queensland now has over half a million hectares of land producing sugar cane, and sports 25 sugar mills where the cane is crushed and the raw sugar is extracted. Whole towns have grown up around these mills, and the surrounding jungle is cleared at an ever-expanding rate to make room for everyone, and the cane fields.

The cane fields have more than doubled in area since the year 1998. Vast areas of pristine primeval jungle have been cleared for Sugarcane plantations averaging 80 hectares in size. This has resulted in species such as cassowaries becoming endangered, and hordes of people have moved into the area creating communities where none existed before.
~Martin Trip

Posted in Hip Guide to Australia