As we all know from films such as ‘The Pianist,” Warsaw was almost completely destroyed by the retreating Germans at the end of World War Two. 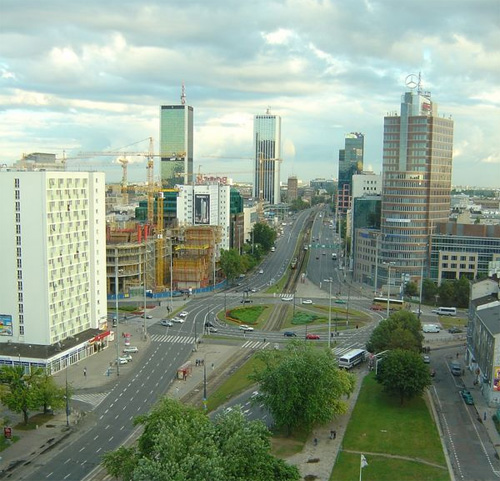 To my astonishment, Warsaw has been rebuilt, brick by brick into an amazing place. In fact the Old Town is now on the UNESCO World Heritage List. The Old Town area has been beautifully restored, offering an array of cafes and shops for tourists as they visit with Warsaw’s many ghosts.

What surrounds this old town area is one of the ugliest examples of Soviet-era housing blocks mixed with 21st Century modern glass and steel skyscrapers that you’ll ever see.

But Warsaw is now the home and hub for many central European companies. The skyline filled with cranes busily building more glass towers, each emblazoned with a huge corporate logo on top.

The resconstructed Warsaw attempts to embrace the future, while remembering the past. In fact there are plans to reconstruct even more palaces and buildings that were destroyed, as if World War Two was just a bad memory, instead of a catharsis of renewal that many cities truly need.

Warsaw after the war could have been redesigned by Le Corbusier into a modernistic city like Brasilia, but the Poles clung to their past, and rebuilt the city center as it has been for centuries. 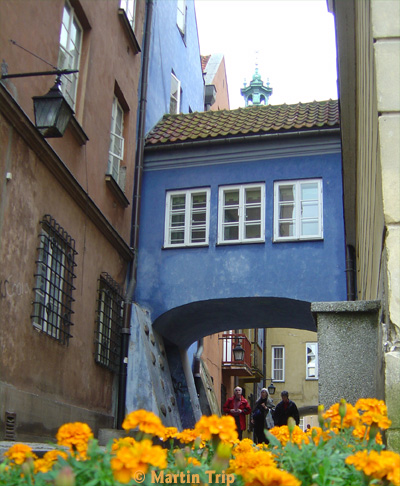 Old Warsaw has been restored

By the year 1953, the entire city center had been redone, mostly to old paintings rather than to pre-war photographs. Things do not look exactly as they were, but are extremely beautiful, especially around the Old Town Square.

If you wish to see truly authentic ancient architecture that will make you gasp, take the train to Krakow. You won’t regret it at all.

By Martin Trip, editor of the Hip Guides

Posted in Hip Guide to Poland