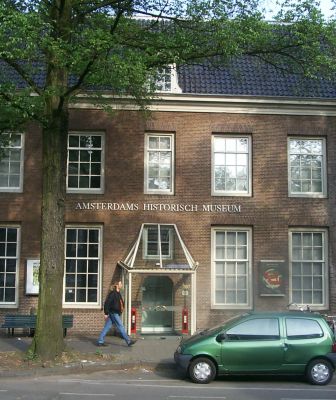 A visit to Amsterdam should include a visit to this unique museum located near the Dam Square. How can you possibly understand Amsterdam as it is now without a look at it’s fascinating history?

The Amsterdam Historical Museum moved into this building in 1975. It was formerly the municipal orphanage (founded in 1520), and a brief history of the building’s previous existence is told in and around the governors room. An interactive program about the orphanage also contains several old photos.

Exhibits of special Amsterdam historical significance are displayed here at the museum.

The two museum entrances can be accessed from Kalverstraat 92, Sint Luciënsteeg 27 and Nieuwezijds Voorburgwal 357. The museum is a twelve-minute walk from Amsterdam’s Central Station, via Damrak, Dam Square and Kalverstraat. Trams 4, 5, 9, 11, 14, 16, 24 and 25 also go to the museum, stopping at Spui. 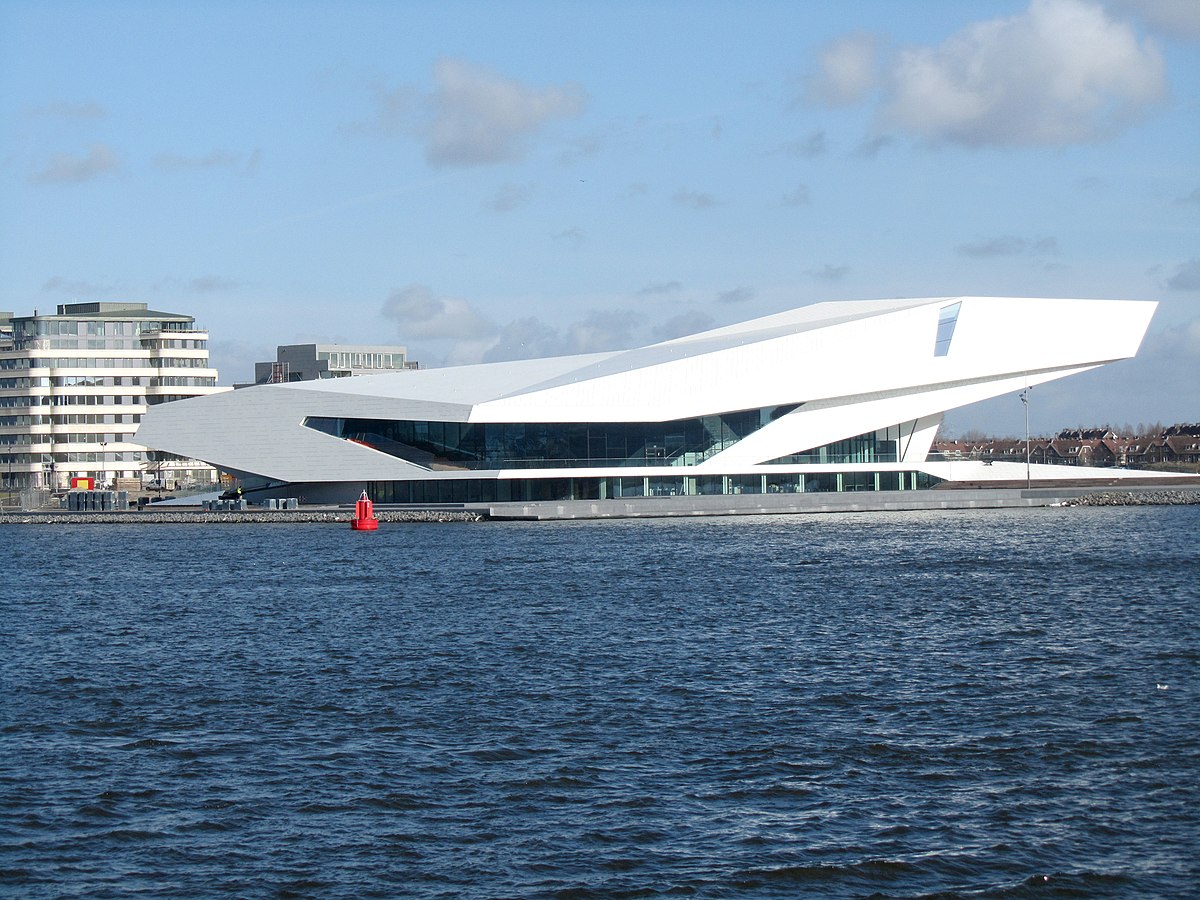 Four theaters, a lounge and restaurant with other meeting spaces make up the wonderful all-new Film Museum of the Netherlands. Formerly in the Vondel Park, this stunning modern architectural marvel is now across the Ij from the Central Station in Amsterdam.

The EYE collection dates back to 1946, when the first predecessor of EYE was founded: the Nederlands Historisch Filmarchief. In 1952, this became the Dutch Filmmuseum; since 2010 we are EYE.

However, EYE does not exclusively acquire and preserve films, but a range of different materials – from movie posters to projection equipment. The focus is on films and objects that say something about Dutch film culture; a copy of virtually all Dutch films that come out each year is included in the collection.

Use the map below to find your way to the new building. 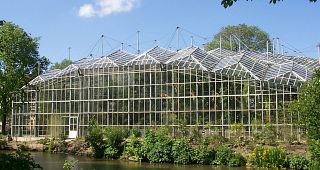 The Hortus Botanicus is a great place to chill and wander, marvel at the gardens and enjoy life.

The Hortus Botanicus Amsterdam is perhaps one of the oldest botanical gardens in the world. This garden was established in 1638 as a “Hortus Medicus”, an herb garden for the physicians and pharmacists of Amsterdam.

The Hortus interacts with the community in a special way, offering guided tours, the services of a “plant doctor” who will diagnose your plant’s problem or identify it for you.

The showcase is the special Three Climates Greenhouse, built in 1993 and has tropical, sub-tropical and desert sections within.

The Palm Greenhouse was constructed in 1912, and houses some really unusual palm trees in high Victorian style.

From 1st November until 1st April the garden closes at 4 p.m. The Hortus is closed on 1st January and 25th December (Christmas Day).

Adult admission is 9.50 euros, but seasonal discounts apply, and reductions for children and seniors.

The John Adams Institute provides an independent podium for American culture in the Netherlands. For three decades now, we have brought the best and the brightest of American thinking from the fields of literature, politics, history, technology and the arts. Love it or hate it, the United States plays an important role in the world: what happens in the US is of continuing relevance for the rest of the world, and we provide a window onto that.

The John Adams Institute was founded in 1987 by the cooperation of the West India Foundation of Holland and New York’s Dutch American West India Company Foundation to promote lively debates and lectures in historic venues within old Amsterdam.

This non-profit organization is dedicated to preserving the historic links between Amsterdam and New York City in particular, and the U.S. as a whole.

Located in the West India Huis, which was once the headquarters of the Dutch West India Company, the John Adams Institute holds a series of approximately eleven lectures or talks every year. These lectures have proven to be popular, and have sold out in advance many times. The speakers tend to be world-famous guests such as writers, artists and scientists with profound viewpoints.

The institute was named for John Adams, former president of the United States, who is also a former resident of Amsterdam. Adams was the first ambassador to the Dutch Republic from the U.S., and enjoyed a life of culture here in Old Amsterdam collecting and reading books, hobnobbing with European royalty and furthering U.S. interests here in the Netherlands.

The usual tagline on Singapore is that aside from malls and purpose-built tourist entertainment like Sentosa Island and the Singapore Flyer Ferris wheel, the city-state is bereft of genuine character. Pure fiction!

So forgive natives of the city-state for being excessively modest and defensive. After all, the word of mouth on Singapore is rather one-dimensional. Affluent global city and economic tiger of Southeast Asia? Yes. Perpetual business travel hub? Absolutely. But so much more!

Yet for every prejudicial, hipster backpacker who shuns Singapore for gritty Malacca and Penang, one intrepid tourist discovers that outside the high gloss of the Central Business District and upmarket shops in Orchard lolls a completely different city-state. A side of Singapore where parks, wildlife, heritage architecture, ethnic enclaves and a tangle of magnificent alternatives thrive.

Chinese spice plantations, Scottish manors and the British military once held court in Tanglin. The reclamation area in Central Region, Singapore is now home to a cluster of notable restaurants, cafés and furniture shops, many of which occupy former legacy landmarks in the Dempsey area. Indeed, now a veritable “village” with some of the best hotels in Singapore, Tanglin is a prominent and cosy base for entrepreneurial architects, artists and designers of all disciplines.

The Arab Quarter, or Kampong Glam, is a bona fide microcosm of what Singapore is all about. A fabulous mix of old and new Malay culture, the heritage ‘hood north of the Singapore River offers up points of interest like the Malay Heritage Centre, Sultan Mosque and Hajjah Fatimah Mosque. Nonpareil stars of the quarter include rows of revamped early-20th century shophouses on Arab, Baghdad and Bussorah streets. Meanwhile, the vivid, ultra-funky boutiques of Haji Lane preside over whatever’s hot and fashionable in Singapore.

Not far from the steel and glass jungle of Singapore’s Central Business District lurks another world. A world where primary tropical rainforests, brilliant coral reefs and incredible biodiversity thrive. While rapid urban sprawl and population growth is the incessant Singapore narrative, the island has actually gone from 35% green cover to 50% since 1986. With this in mind, Bukit Timah Nature Reserve, Central Catchment Nature Reserve, Labrador Nature Reserve and Sungei Buloh Wetland Reserve all rank as supreme. The world class trio of Singapore Zoo, Night Safari and Jurong Bird Park lure millions of visitors a year.

The diverse culinary landscape of Singapore is a linchpin attraction that the city-state tourism bureau loves to play up and promote. In order to get the best street food bang for your buck however, you have to know where to look. Some hawker food courts have earned a notorious reputation for perpetrating two unforgivable sins: price-gouging and watering-down. Thus, beware of what look like manufactured, shiny-new, not-so spontaneous hawker hubs. Locals in the know (always the best guides) tend to score lunch at the East Coast Lagoon Food Village, Golden Mile Food Center or Lau Pa Sat.

Singapore’s lone gentrification holdout is Geylang, a red-light district poster child east of Central Area. Though far from dangerous, the rough around the edges ‘hood is a stark and frankly, welcome contrast from the rest of the spotless city-state. Full of coarse atmosphere and spunk, the area has some incredible period architecture and perhaps the best collection of affordable and authentic restaurants on the island.